This is the firm bit. 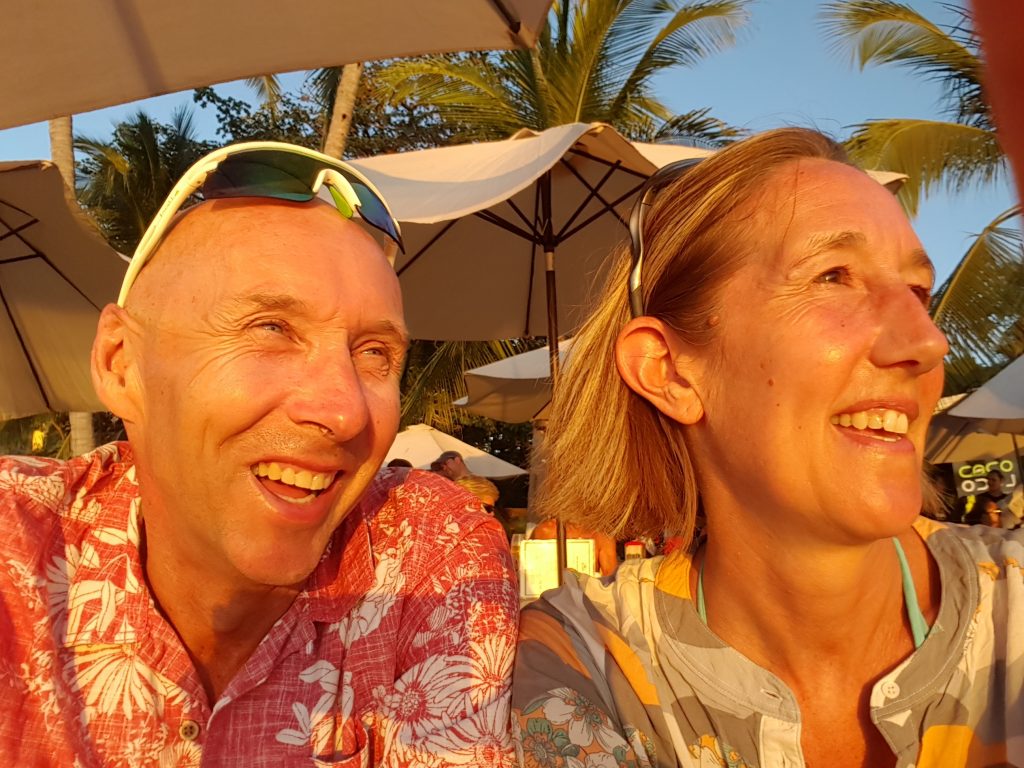 At the end of December we are flying to Santiago de Chile. We are staying here for 10 days, seeing what the city has to offer, taking a trip to the port of Valparaiso and Steve might do a bit of cycling in the towering Andes mountains which are on the doorstep of the city. Steve loves his cycling and will hire a bike anywhere to get his fix! We will also do some relaxing, taking time out to absorb what we have done. This is not a holiday, this is our new life!

At the end of our spell in Santiago we are joining up with a group. At this stage we dont know how big the group will be, but it will be somewhere between 15 and 24. We have a strong feeling that whatever the size we are very likely to be among the oldest.

We will then travel on a converted truck, using campsites and hostels around South America for 8 weeks. We are both very excited and also a little apprehensive about travelling with others. In the past we have always travelled independently so it’s going to be a new to us .

The route takes us South through Chile, to Pucon where we hope to climb an active volcano, before crossing into Argentina. Here we will get the chance to explore the area around San Carlos de Bariloche (which is known as the Argentinian lake district) on foot, cycle and horse. We continue South making a few more stops, one of which is as  Perito Moreno Glacier, a 250 ft high, 5 Kilometre wide wall of ice. The trip takes us back into Chile for a visit it to one of our bucket list places, Torres Del Paine National Park.

Next we travel to Tierra del Fuego (Land of Fire). By now we are getting very South on the continent and our next stop will be in Ushuaia which is the most Southerly city in the world. From here we head back North along the Atlantic side of Argentina heading towards Buenos Aires. There are stops along the way where the focus will move away from scenery towards wildlife (however from what we have researched the scenery still looks pretty amazing). Once in Buenos Aires we have a few days to explore the city. Steve will eat steak and Sarah will dance the Tango! There is also the possibility of a trip by ferry across The River Plate to Uruguay.

After leaving Buenos Aires, we skirt the border with Paraguay before arriving at another bucket list location… Iguazu Falls on the border with Brazil. We are both really excited about spending a few days here.

Next we travel to the Brazilian pantanal. This is an area we know very little about. It is apparently a vast wetland with opportunities to try and spot some interesting wildlife including the elusive jaguar.  We will be there in the wet season so it will give Sarah plenty of opportunity to reacquaint herself with an old friend …. the mosquito !!!

The final leg of the journey takes us towards the Atlantic Coast and then North, grabbing some beach time on the way, before arriving in Rio De Janeiro for the annual carnival.  Steve is already collecting glitter, sequins and feathers for his costume. Sarah is considering flying back to the UK early to avoid the embarrassment! Hopefully when it’s over we will fly back together in early March.

TRIP 2. France and Spain…and a bit of Belgium.

After travelling around South America looking for Jaguar this trip, on the surface may seem a bit tame. But we really do like to be diverse in our travelling, plus we are doing this for a reason.

The plan is to load up our car. Other than our bikes this is the only possession of significant monetary value we will have left (and even that is 12 years old!). We will take bikes, camping equipment, a kayak and a Stand Up Paddle Board and in late April we will cross The Channel by ferry to France…. Brexit permitting!

Having been to France several times before this time we will visit some new areas as well as revisiting some of our favourites. We will travel through The Loire Valley, on to the Atlantic coast, across to Limousin and the Auvergne before finishing off in Toulon in Provence. Hopefully kayaking, cycling and SUP’ing as often as possible as we explore these areas of France.

Once in Toulon we will catch a ferry to the Balearic Island of Majorca. Here in lies the reason for this particular trip. Majorca is famous for many things and one of those is the fabulous cycling routes. We will not labour the point as there will be many people who read this blog who haven’t got the faintest interest in cycling. So suffice to say we have a huge trip coming up later in the year in which cycling plays a major part and we need to be fit. Majorca, to some, is a cycling paradise and that’s why we are going. We will write a separate post about the cycling whilst we are there, so please check it out if its for you.

Majorca however, is not all about the bike. It’s a beautiful island and we are looking forward to spending a month there and seeing more of this great place especially doing some walking in the Tramuntana mountains.

Once we are finished in Majorca it’s back to Toulon. This time we intend to travel up the east side of France, back through Provence and into the high Alps. From there it is up to Lake Annecy and finally through to the area around the Somme and Ypres. We have lived in the UK all our lives yet have never visited this part of Europe which has played such a large part in history. We will put that right.

We plan to return back to the UK in early July by ferry.

Trip 3: Cycle from Canada to Mexico.

In early August we will fly (with our bikes, tent and panniers) to Vancouver, Canada. Here we will start a journey of almost 2000 miles to the Mexican border. This is a well known route and takes us onto Vancouver Island before crossing via ferry and the San Juan Islands into the USA. From there we make our way across Washington State to the Pacific coast and then head South through the small coastal towns of Oregan and California, eventually cycling into San Francisco across The Golden Gate Bridge.

When we arrive in San Francisco, which will be after about 5 weeks of cycling, Sarah will need a rest, so we are going to take a break…..its not all about the bike! Our plan is to rent a car (hopefully something a little newer than 12 years old!!) and do some exploring around California, Utah, Arizona and Nevada. Again, we have visited some of this area before but we are going to visit new areas as well as seeing old favourites in more detail.

The proposed route will take in Lake Tahoe in California, Canyonlands and Arches National Parks in Utah and Monument Valley in Arizona before arriving at the Grand Canyon. We visited the Canyon a couple of years ago and walked along the South Rim. It was truly vast. We said, there and then, that we would return to see more. This gives us the opportunity to tick another box on the bucket list which is to walk the ‘Rim To Rim’. This is either a 21 or 24 mile hike, depending on the route taken, starting at the North Rim, dropping down into the bottom of the Canyon, crossing the Colorado river before climbing out of the Canyon at the South Rim.

Moving on we will camp in Death Valley on the way to Yosemite National Park, another unbelievably scenic place we have been lucky enough to visit before. Then it’s back to San Francisco to resume to cycle South. Sorry Sarah…. It’s back on the bikes again!!!

The final leg of this trip will see us cycle along the Pacific Coast Highway through Monterey and Big Sur (the location for countless movies), down through Santa Barbara and Malibu (wildfires permitting), before tackling the Metropolis that is Los Angeles by bike…this should be interesting!! After L.A. it’s just a few days cycle past Huntington Beach (of Hollister fame) and San Diego before finally arriving at the Mexican Border, to a fanfare of trumpets and ticker-tape!!!

It all sounds so easy when you write it down but we are sure it won’t be when the wheels start turning!! We will spend about 75% of this whole trip camping. on this trip, so we are going to stay on at the end and treat ourselves to an airbnb for a week or so. Plus there is a relatively big triathlon in Phoenix Arizona about that time which Steve is interested in doing, he should be cycling fit at least. Sarah will eat ice-cream. Happy days!